Previous Image
Next Image
BRONZE SCULPTURE - Limited Editions >
"Off To A Good Start" - Am. Bald Eagle Family of 4 and 2 Rainbow Trout
Email a Friend 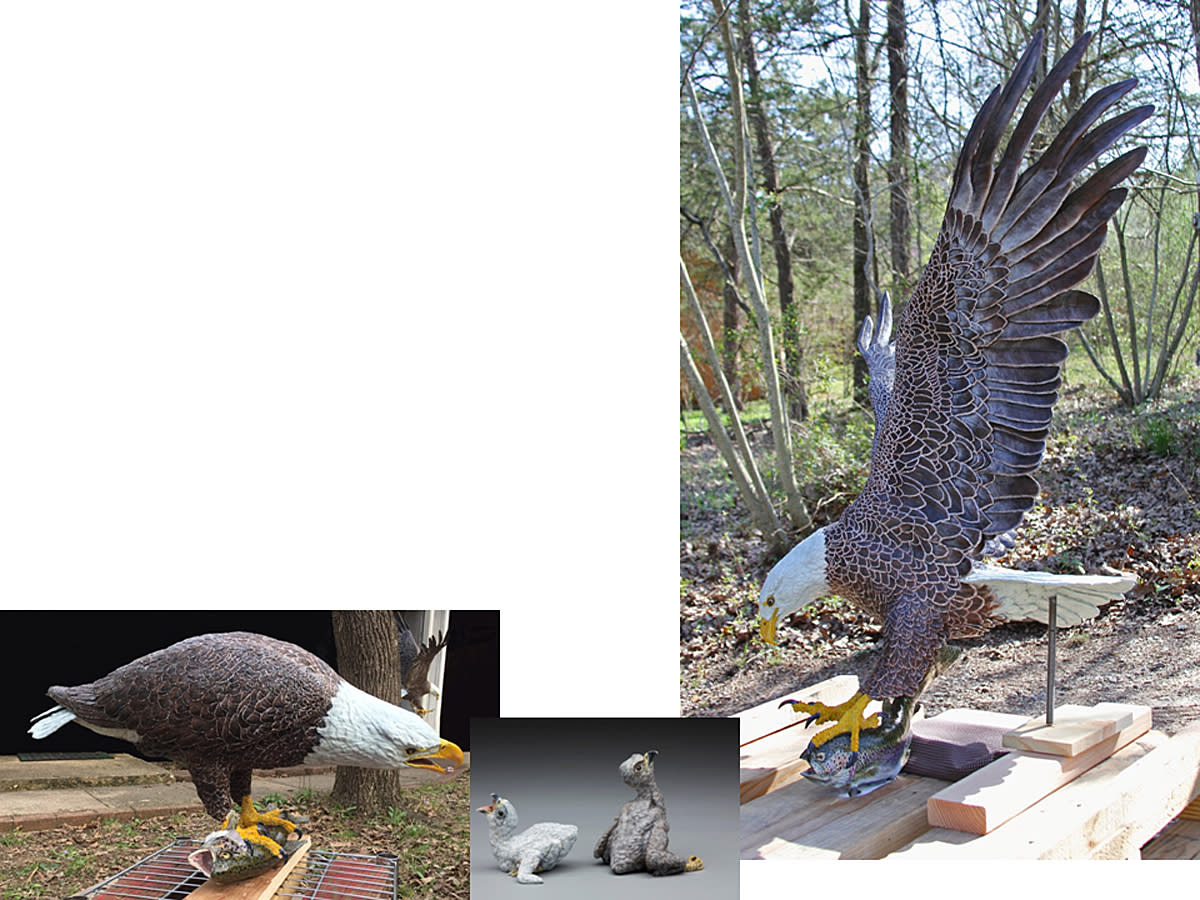